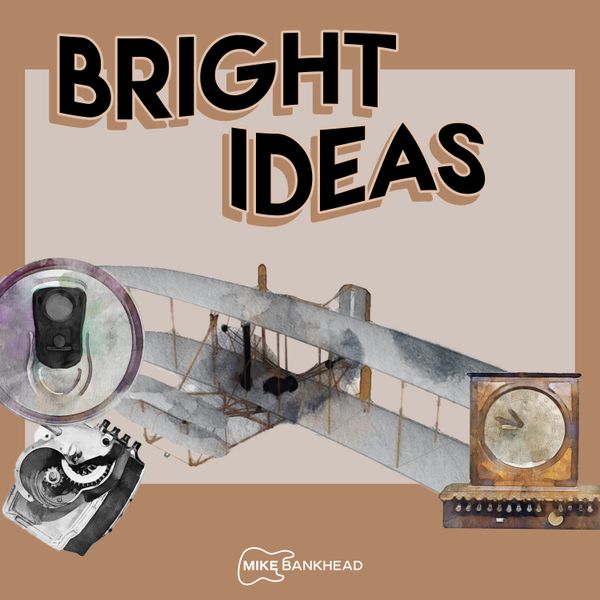 This song started as a voice memo, a brief line of lyrics and the slightest suggestion of melody sung to my phone. The line in question was this one:

tell your teacher I got some bright ideas

Admittedly, that's not much to build a song around. The concept of "bright ideas" stayed with me.  I live in the Greater Dayton area, and this is a place that has seen many inventors and creatives. I decided to build the song into a love letter of sorts to the Gem City and to the thinkers who called this place home. I also decided to try to write a Guided By Voices song.

My thanks go out to Dr J at WUDR and Juliet Fromholt at WYSO for playing this song on the radio.

I am also thankful to the personnel who played on this single. Here are the credits:

"Bright Ideas" was taken down from global streaming services when I changed distributors, but it will be back TOMORROW, Tuesday 22nd March, 2022.