It occurs to me that this blog post would certainly fit in my Ohio Spotlight category, as well as under the Concert Review category.

Levitt Pavilion is a open air concert space in the heart of downtown Dayton.  Think of it like a very small amphitheater... there is a stage, a small area in the front with concrete, and a large grassy lawn that extends outward and upward from those first two areas. This space has 50 free concerts each year, in an effort to build community through art. Their schedule of artists is diverse, with all sorts of genres represented.  I am fairly certain that the most recent show this past Saturday was the highest attended they have had, as thousands of people packed the lawn and even overflow areas in the back.

The Breeders are the reason for the crowd. They were introduced to the crowd as "platinum recording artist, The Breeders".  This is a rock band with albums that have received high critical acclaim.  One of the albums contained a single whose video was in heavy rotation on MTV, back when MTV still played music videos.  The Breeders went on the road with Nirvana for multiple tours, and have played all over the world.  They are from Dayton, Ohio.  One could consider this a homecoming show.

This was my first experience seeing The Breeders live.  Back when you could catch them in the friendly confines of Canal Street Tavern, I wasn't into local music yet and was too young to be going to shows.

You can check the show setlist here, but I'll mention a few songs that were personal highlights for me. 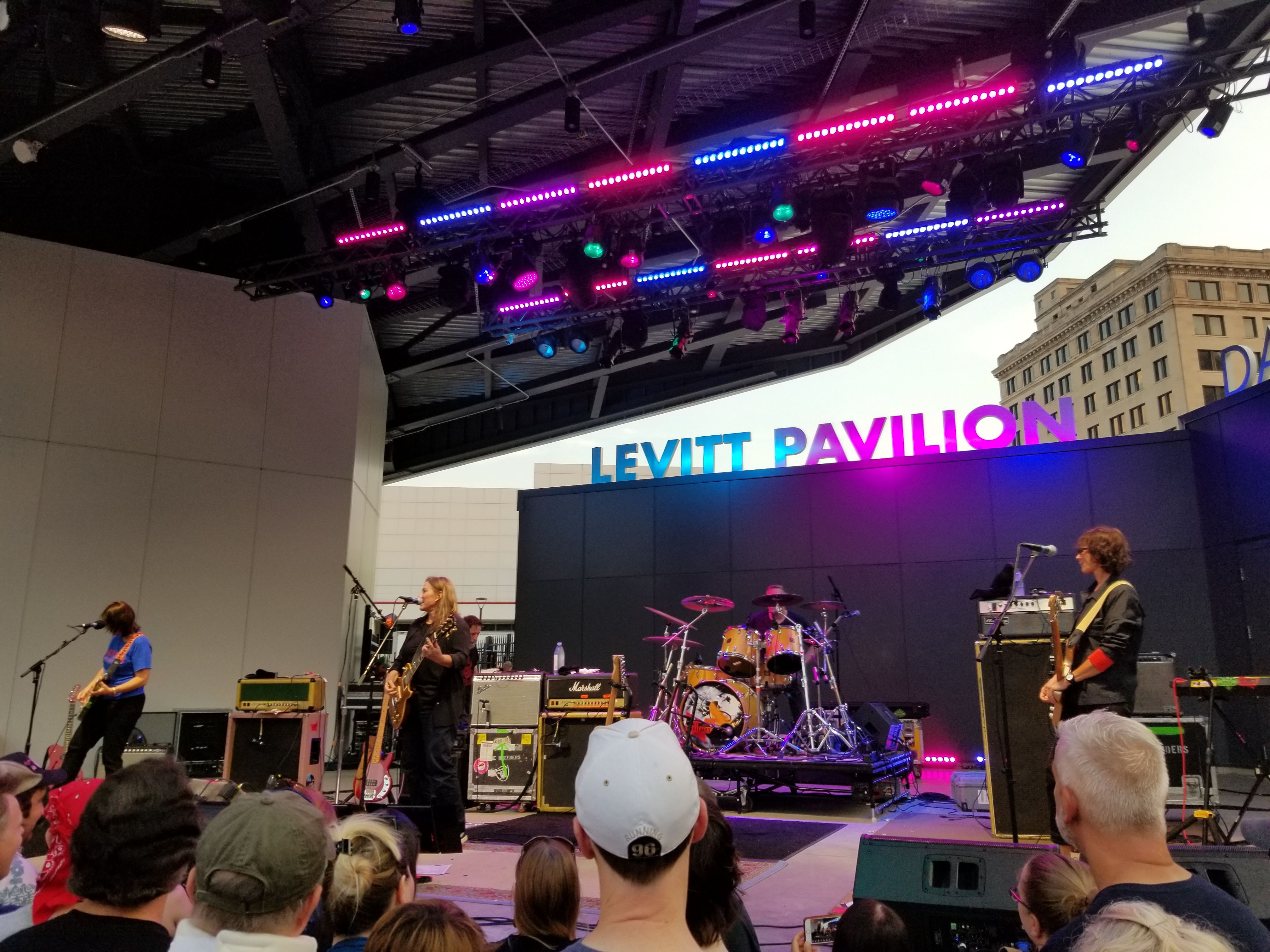 The Breeders opened the show with "Saints", which is my favorite song from their second full-length album, The Last Splash.  The second song was "Wait in the Car" from the 2018 album All Nerve.  After briefly basking in the raucous applause, Kim Deal acknowledged that the band is from Dayton, and then mentioned that there are some other bands from this town... and then they fired off their GBV cover, "Shocker in Gloomtown". 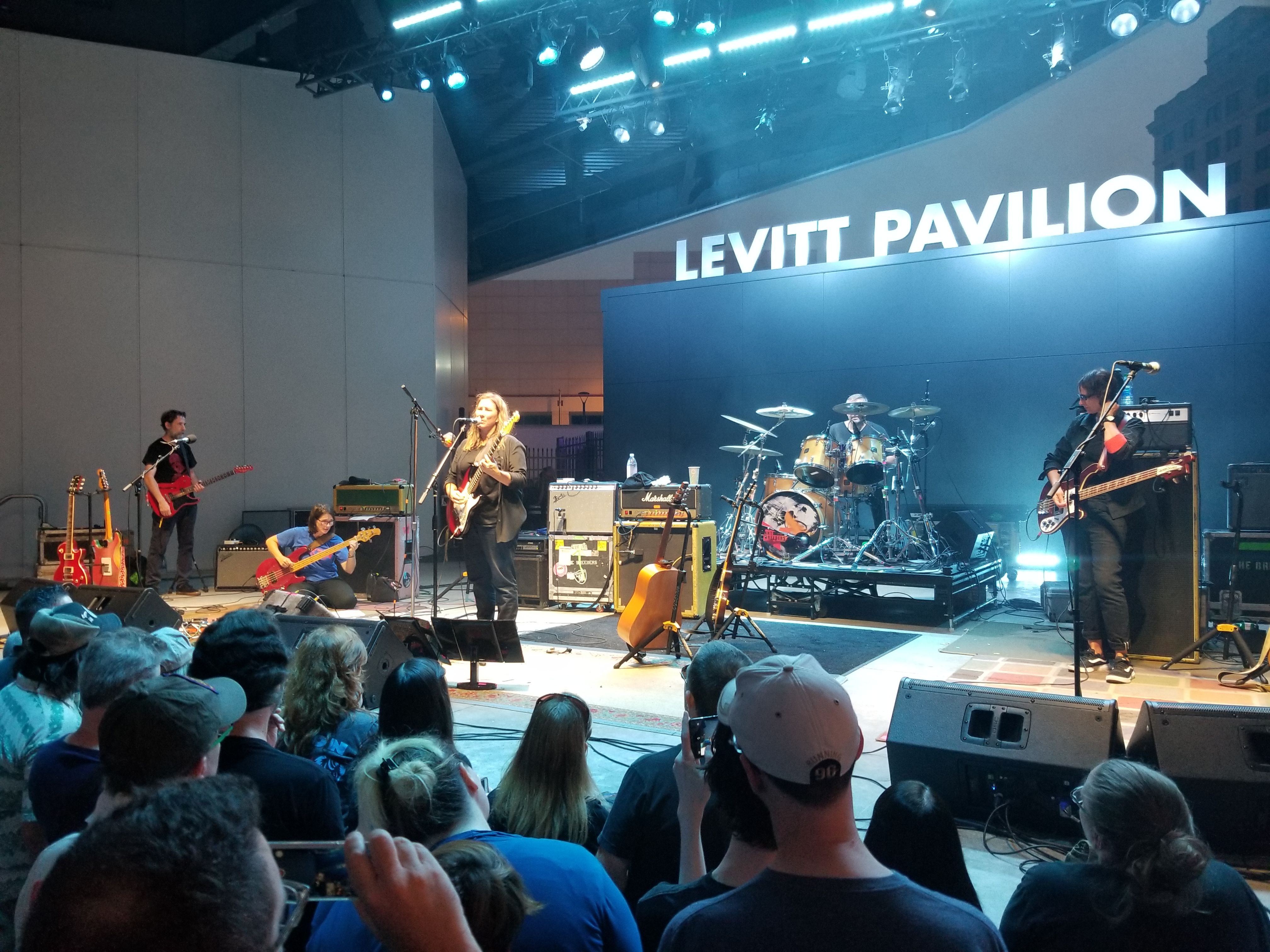 Daylight turned into twilight, and twilight gave way to dark.  During this time, The Breeders played all of "the hits", and many other songs from across their catalog.  They gleefully engaged in banter with the audience, which contained many of their friends and family members.  Kelley said "I was born right over there", before looking around to get her bearings, and then pointing in the direction of Miami Valley Hospital.  Both the Deal sisters and Jimmy Mac name checked several Dayton suburbs and neighborhoods before closing the main set with a song that was specifically for Tipp City.

Personally for me, a bass player, the evening ended the only way it could... with Kim Deal playing bass on a song she wrote while with Pixies.  The set closer was "Gigantic".  When I was first learning to play my instrument, I spent a lot of time with Pixies albums, trying to learn Kim's beautifully simple bass lines. 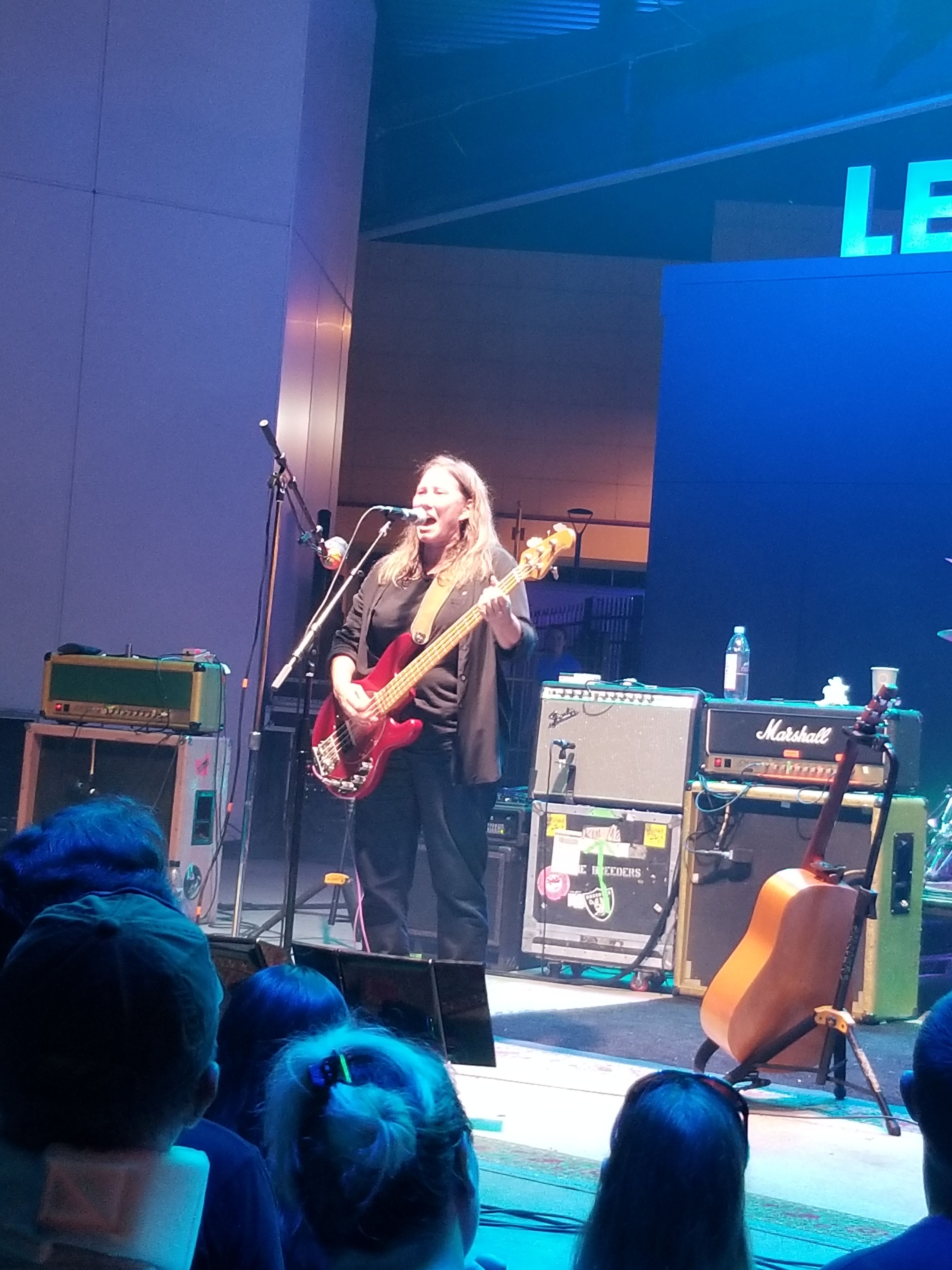 After the final song, the band said their goodbyes, and again expressed their thanks at such a large turnout.  Kelley made her way to the front of the stage, shaking hands and giving high fives to the folks in the front ranks, many of whom seemed to be friends.  Jim encouraged the crowd to further support local music by heading a few blocks East to attend the first night of Dayton Music Fest (where he would be playing the following night during the triumphant return of The Mulchmen).  The band surely received "a big big love" from the community.  I was thinking that this was exactly what someone had in mind when making Levitt Pavilion a reality.