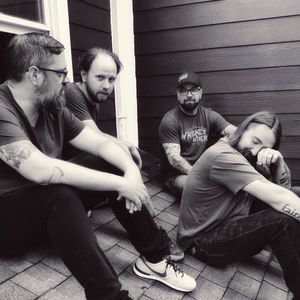 writing songs, playing music, and I realized that was my joy in life... and so to be able to continue to do that from that point to now, I feel lucky...

That's Joe Anderl pictured above on the left in the foreground.  He's been making music for two and a half decades or so, and you'd be hard-pressed to find someone who brings as much passion as he does to the stage at a show.  Joe is the lead singer and songwriter for The 1984 Draft.  You'll hear some stories in our conversation about a past ska band, a night of Bob Pollard leg kicks, and the beginnings of both The 1984 Draft and Dayton Music Fest.

The 1984 Draft at Poptek Records

Sports Illustrated article about The 1984 Draft