Toadies had to tread a long and winding road on the way to getting their second full-length album released.  That's a strange thing to write, and is indicative of how much nonsense comes with the music business.  Toadies had a massive radio single and a platinum album, but still had to fight with their label to get Hell Below/Stars Above released.  The release was unsupported by their label, which never made any sense to me.  I think it's a stronger album than their debut.  For me and a few of my friends, it was certainly highly anticipated.  Once the album was released, Toadies hit the road to support it.  They played three shows in Ohio.  I attended all three. 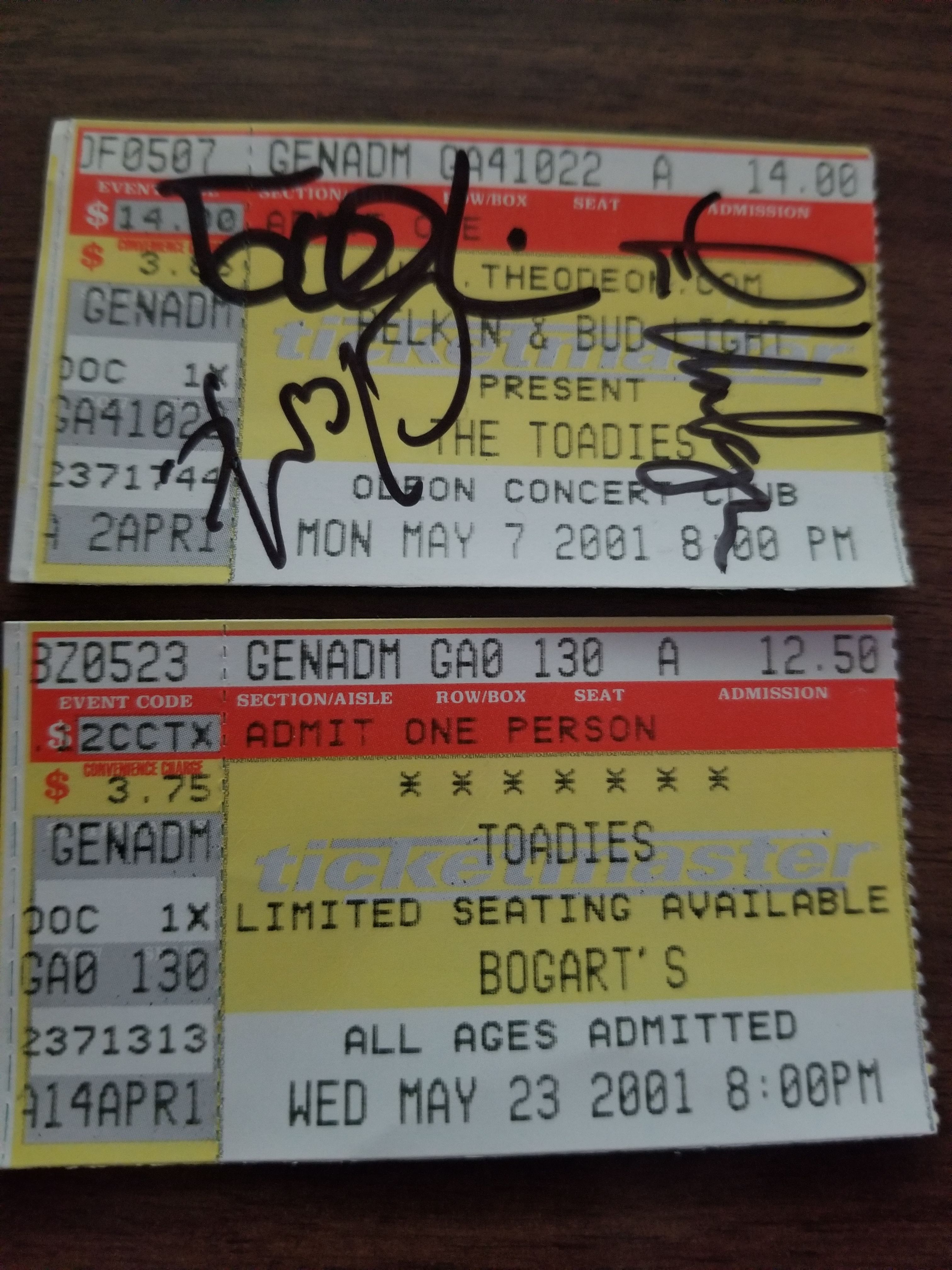 My memories of these shows are too thick and convoluted to write into a cohesive narrative.  I think a bullet list would better fit here.  Here are just some of the things I remember:

Here's a picture with my friend Brandy after the Cincinnati show, with Mark and Clark from Toadies. 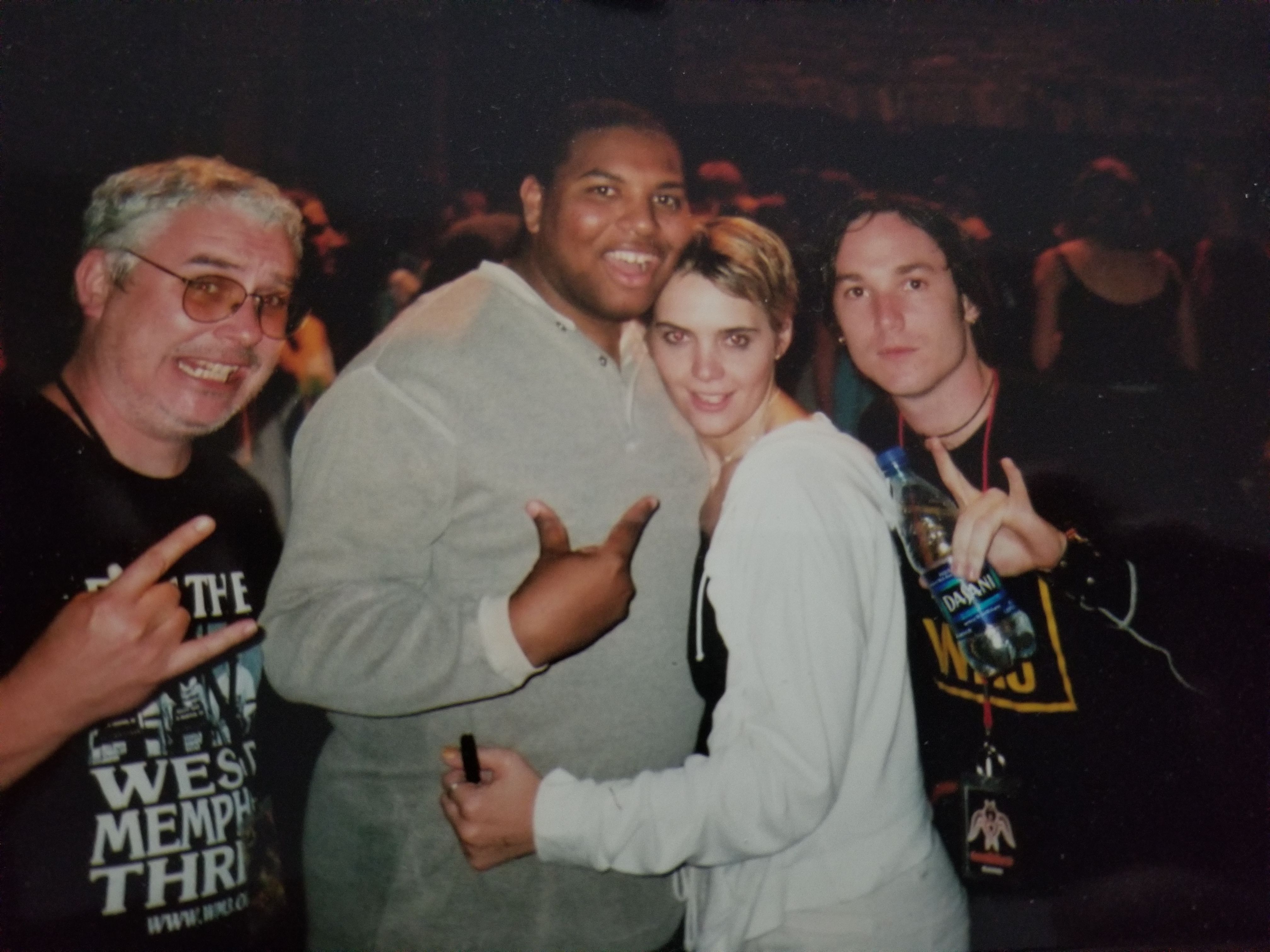